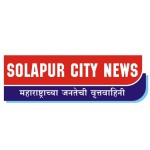 The Governor of Maharashtra Bhagat Singh Koshyari has conveyed his condolences on the demise of Union Minister of Consumer Affairs Ram Vilas Paswan.

In his message, the Governor has said:

“The news of the demise of Shri Ram Vilas Paswan, Union Minister of Consumer Affairs, Food and Public Distribution is shocking. Paswan Ji was one of the most popular leaders from Bihar with a strong mass base. He had the distinction of serving as Union Minister in various governments and handling different portfolios ably. I had the honour of knowing Paswan Ji closely.  We have lost a great parliamentarian and a popular leader. Pray for peace for the departed soul and convey my deepest condolences to the members of the bereaved family.”